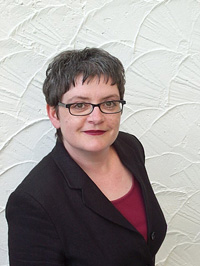 I moved from Weimar to Potsdam with my family in the middle of the 1970’s when I was eight years old, and I remember how the old prussian barracks in the Berliner Strasse impressed me: I wasn’t used to buildings of that scale in Thueringia’s “world(ly) village”.

We swam in the lake (Heiliger See) as kids and hung our towels to dry on the barbed wire fence of the fortified border better known as the Berlin Wall. Just a few yards away on November 10, 1989, I crossed the famous Glienicker Bridge with scores of others from Potsdam, into the arms of the waiting West Berliners. I’ve never been kissed by so many people in one night…

I worked in the media industry for many years: in the East German film studios (DEFA), in a television production firm and finally in a DVD studio. In the mid 1990’s, I studied German and Sociology at the University of Potsdam.

I’ve been guiding friends and guests through the city for many years – and since 2003 I’m a freelance tour guide. I received my qualification according to the guidelines of the German Federation of Tourist Guides (Bundesverband der Gästeführer e.V.) and certified by the Potsdam Chamber of Commerce (IHK).